Learn more about the business benefits of Automation Studio: https://robocorp.com/automation-studio

Automation Studio vs VS Code extensions

Automation Studio offers visual development of robots and is aimed at new users and simple experiments. Visual Studio Code is best suited for those with previous experience in programming or who need more advanced functionality that is not available in Automation Studio.

Robots created in Automation Studio are compatible with VS Code and can be edited there further.

Feedback is crucial for us in improving Automation Studio. Do not hesitate to share any feedback in our community Slack or Robocorp Forum

If you have any problems with the tool, you can report issues and problems via Help > Report Problem in the Automation Studio top menubar. This way we can get the much-needed logs so that we can solve any problem cases faster. 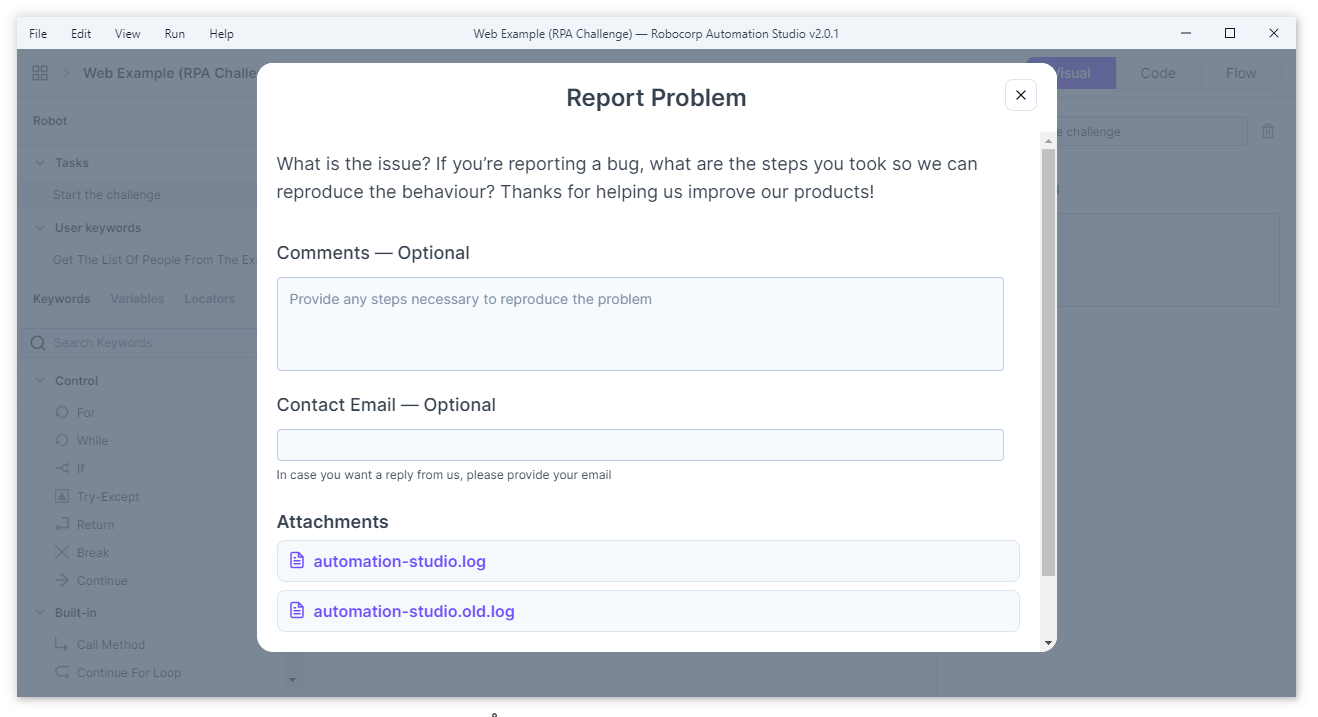