Are you starting to scale beyond just a few automations? Robocorp's Control Room just might be exactly what you need! No upfront costs to deploy or schedule robots. Only pay when you run your robots. One platform for managing all your attended and unattended automations. Leverage modern software best practices with tools such as GitHub for seamless integration with the robot development process. Run automations concurrently to complete your business process more efficiently and in less time. Scale environment resources up and down based on demand without license overheads.

RCC is a command-line tool that allows you to create, manage, and distribute Python-based self-contained automation packages - or robots 🤖 as we call them.

Together with the robot.yaml configuration file, rcc provides the foundation to build and share automation with ease.

In short, the RCC toolchain helps you get rid of the phrase: "Works on my machine" so that you can actually build and run your robots more freely. 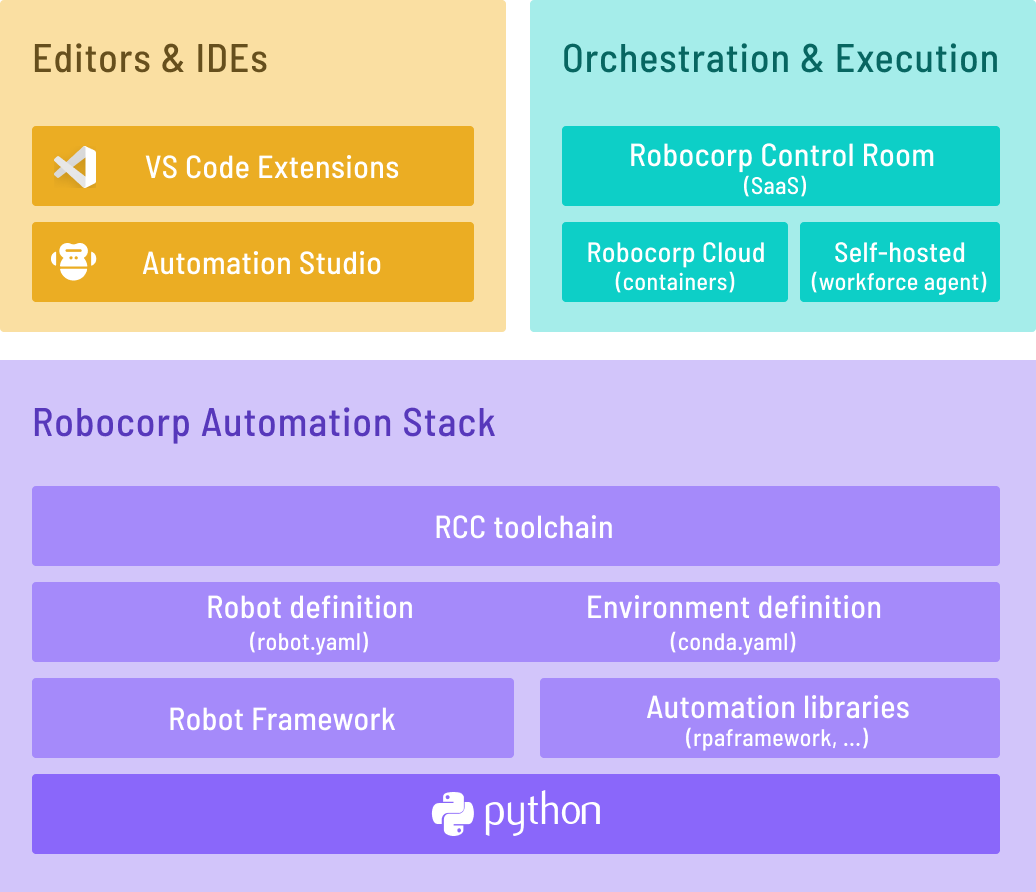 RCC removes the need to configure and maintain your Python environment manually. All you need to do is specify the packages you want to use in the conda.yaml file, and they will be installed for you in a lightweight Python virtual environment.

RCC will also take care of caching so that everything runs as fast as possible. Find out more about environment management here.

RCC is at the core of all Robocorp tooling. It is also available for anyone to use under an open-source license, and you can find the source code on GitHub.

Use it to develop and run any automation you can think of! 🚀

The tool, by default, will download the project code in a directory with the name of the repository and the main branch.

Create a new robot in a subdirectory called my-robot:

For detailed instructions and information about RCC, visit RCC GitHub: