This article demonstrates an example workflow from creating a new robot using RCC to successful execution in the target environment from the cloud using Control Room.

How should I organize my code? Where should I place my files? Is there a naming convention I should follow?

Those are some of the questions that RCC can help you with.

Navigate to your project directory in the terminal or the command prompt. Create a new robot:

This command will make a new my-robot directory and initialize the recommended file structure for the robot, with an example task based on the template you chose.

Navigate to the robot directory:

You can add additional Python packages to the run environment using the rcc robot libs command. For example, adding numpy as a pip package:

You can run your robot from your development directory using the rcc run command.

This will use the development directory as the root, so you will find your artifacts and logs in the defined output folder directly.

If you have defined more than one task in your robot.yaml file, you can run them one at a time by providing the task name with the -t argument.

Test run your robot locally in a clean environment

Before pushing your robot to Control Room, you can test your robot using the rcc task testrun command.

The rcc task testrun command will deploy the robot to a temporary directory, simulating the deployment to Control Room. This command will create a new local directory under the testrun directory where output artifacts and logs of your robot will be moved to.

When the robot execution works locally on your machine, you can push it to Control Room.

A package can be useful if you manually want to upload your robot to Control Room.

This will create a robot.zip file.

To be able to execute your robot in Control Room, you will need to do some setup there. 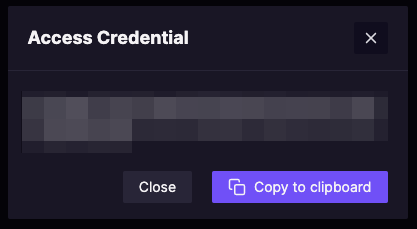 Create a new robot in your workspace using the CLI

You can create a new robot in your workspace with the rcc cloud new command:

You can find the id of your workspace by running the cloud workspace command, which will show you details about all the workspaces you have access to:

You can now push your local robot to Control Room using the rcc cloud push command:

Note that you can indeed upload the robot from Control Room UI, too. RCC provides a way to complete the upload without the need to use the Control Room UI. This can be useful when doing iterative development, since you do not need to leave the command-line to upload packages, etc. Other use cases include automated Continuous Integration builds, where you want to periodically upload the current package without manual intervention.

The rcc cloud push command combines wrapping the robot into a package and uploading it to the cloud. You can also achieve the same result by executing rcc robot wrap and rcc cloud upload individually.

Create a process and add your robot step to it

Create a new process in your workspace, and add your test robot to it:

Execute the robot from Control Room. After the run is done, you can see the artifacts logs in the UI.

You can iterate the development of your robot either locally or through the cloud.