The following are the systems that Robocorp tests on. Other operating systems might also work, but we cannot guarantee that.

It is recommended to keep Windows systems up-to-date according to Microsoft release information as older versions always have security concerns.

For development tasks, the user usually needs some elevated permissions (for installing the software), but in Robocorp applications, we avoid requiring admin permissions while running.

There is no clear statement on the versions of macOS that are officially supported, but the majority rule from Apple seems to be the latest two releases are supported, so we aim to adhere to that as well.

For ARM architecture machines (M1/M2) the support of many tools and libraries is still very limited so we recommend using Rosetta 2 translation layer.

Minimum system requirements are always subjective because even a low-end system can edit and execute robots.

The automation robot's content affects the system requirements more than the tooling, as legacy applications can demand a lot of local resources, and browsers tend to utilize as much memory as is available.

For reference: Simple browser-based automations can be run on a AWS Lightsail virtual machine with the following instance: 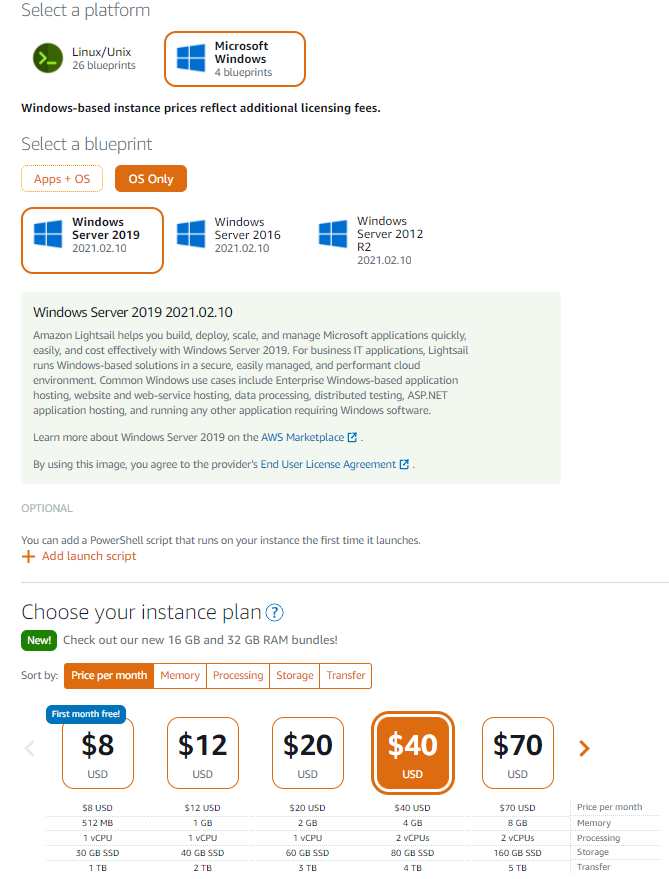