On-demand Workers are a way of executing robots on self-hosted infrastructure. On-demand Workers allow for spinning up an unattended worker only when there is a need to run a robot. Compared to having Robocorp Workforce Agent-2s running on VM's or dedicated servers, the on-demand way of running can bring significant cost savings.

On-demand Workers -feature is available on Pro and Enterprise plans. To ensure a smooth and secure implementation, we encourage getting in touch with your customer success representative to plan the deployment together with us.

The request is authenticated using a Hash-based Message Authentication Code (HMAC) and a shared secret configured to Control Room and the Provisioner.

The following is an example sequence diagram of executing a simple process that contains only one step that uses On-demand Workers. 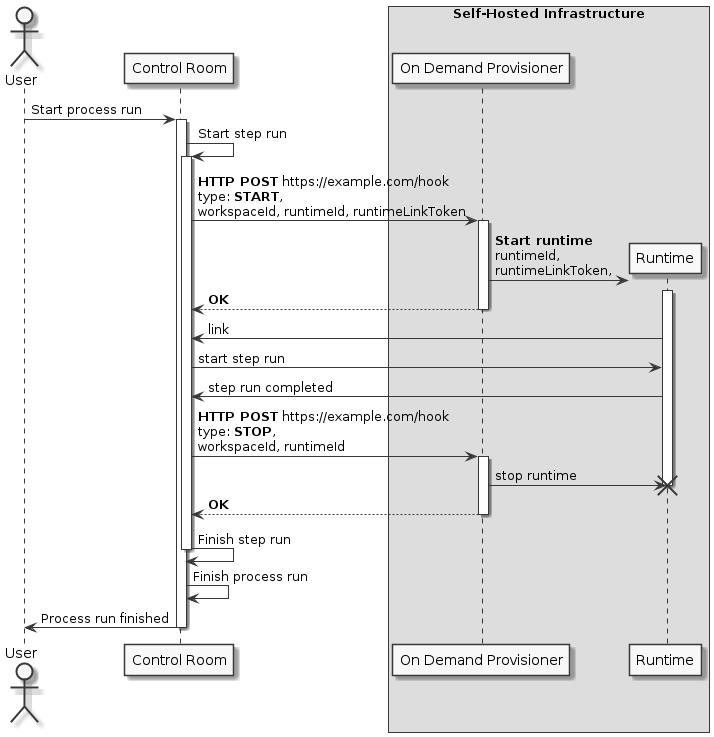 Documentation for the API can be found under the Control Room APIs and webhooks documentation.

Example implementations of the API done in Typescript can be found in the examples described in the following chapters.

Robocorp provides two example implementations of On-demand Worker Provisioners. The examples are designed to be production quality, but modifications may be required to adapt them to fit specific use cases.

The example contains an example Terraform project for provisioning the required infrastructure, a scaffold project for the provisioner and a helm chart for deploying it. The actual provisioner is written in Typescript and uses an Express server for the webhook.

You can find a Kubernetes example on Robocorp GitHub

The Azure example executes robots in a virtual machine where every robot gets its own virtual machine provisioned that are torn down after the robot completes. The robot is booted into a Windows VM, which you can also configure to install custom windows software on the machine image itself. The VM itself is booted against an actual user session, allowing windows UI automation in a repeatable fashion against machines that scale with each robot.

The example contains Azure functions - application that does the provisioning and teardown, terraform infrastructure and a way to build the azure VM image.

You can find Azure example on Robocorp GitHub

You can add On-demand Workers from the Workers -page. 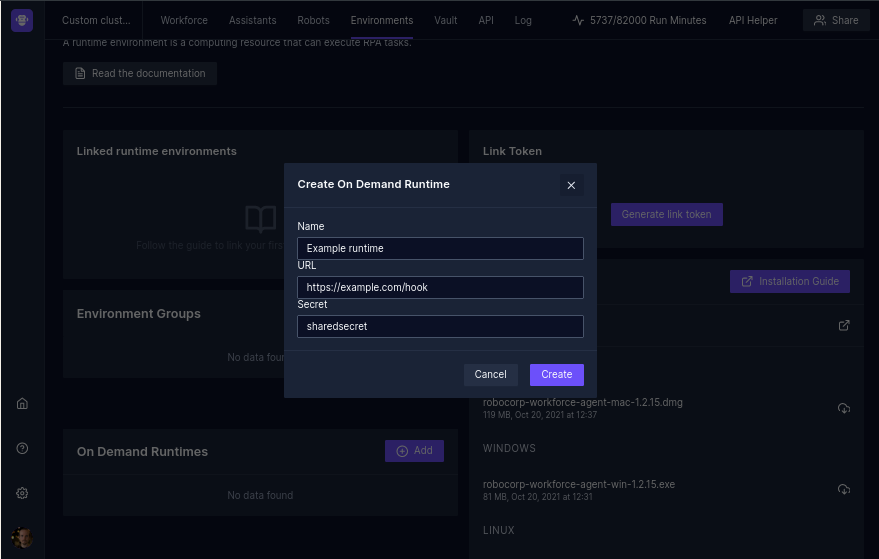 Using On-demand Workers for a robot

Configured On-demand Workers can be used as an execution environment for process steps. 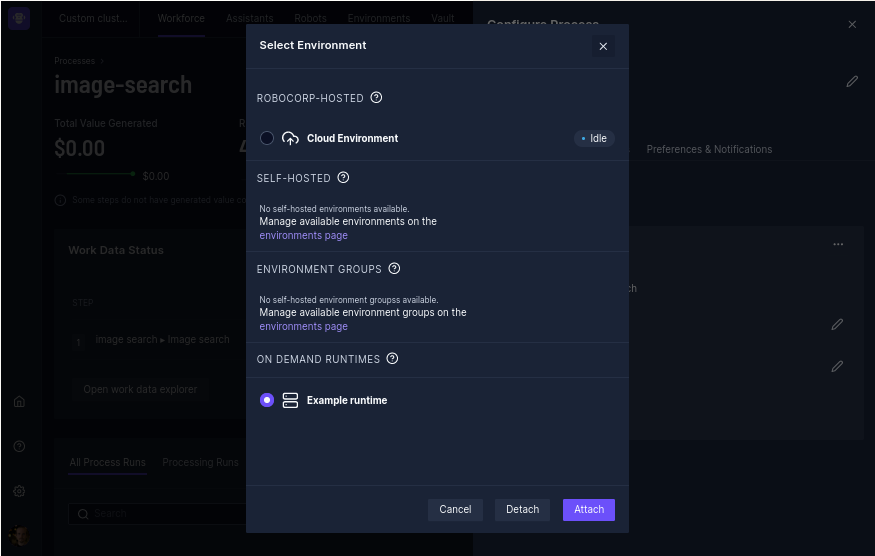 When a process step with an On-demand Worker is executed in Control Room following actions happen: